My Boyfriend the Spy

Matilda Martin, newly single, is having a life change – a new job, a new city, and a new dating outlook. That’s right, she is over smooth men. In fact, Matilda is taking it one step further; she is only interested in Mr Average from now on – a man who doesn’t have women hanging off him, doesn’t know all the pick-up lines and is 100 percent real.

Adam Cahill is tall, dark, handsome and a spy for a government agency. And he has just been dumped. Allegedly, according to his now ex-girlfriend, he is “all about work, constantly grumpy, and as much fun as a crisis meeting”. Adam has given up on finding love – from now on, he’s focusing on his career.

Luckily Matilda’s been assigned to his next project since neither of them is bound to be interested in each other. 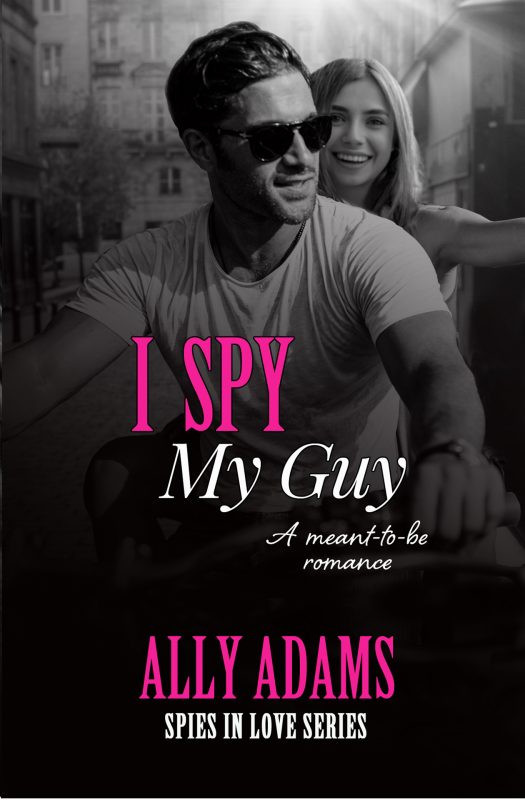 I Spy My Guy

Irish-girl Orla Murphy is a romantic – books, films, real-life – she believes in love; she’s just got to find it. Accepting a one-year contract to work in Washington DC as a translator, Orla leaves her Dublin hometown for a new start.

Nick Hughes is 100 per cent work-focused especially after his last relationship exploded along with his heart. He’s made it clear he’s not interested in romance, no matter who might catch his eye.

When Orla finds several old notes written by a child in her library copy of 'Anna Karenina', she decides to track down the owner and give them back. She soon discovers that the owner has been missing for decades and is filed as a cold case. Suddenly Orla finds herself with a mystery, the notes open up a whole new angle to the case, and Nick is assigned to work on it. Now they’ll have to see each other every, single day!